We are proud to be writing this special post to celebrate our own Chairman’s achievement in receiving the IFEAT Founder’s Award at this year’s annual conference in Dubai.

IFEAT established the Founder’s Award a few years ago to honour the contributions made by a person to both IFEAT and the Industry, with the award this year being presented to Mr Sant Sanganeria.

Unfortunately due to family illness, Sant Sanganeria was unable to collect the award himself on the night so instead his son, Ravi Sanganeria proudly received the award on behalf of his father.

Mr. Sanganeria has been intimately involved with IFEAT since the early years. He was a Founder Member and attended the first IFEAT Conference in Bangalore in 1979. Since then he has attended almost all IFEAT Conferences, often along with his wife of over 50 years, Asha, and later with his son, Ravi.

For many years, from 1985 until 2004 he was a member of IFEAT’s Executive Committee holding several positions. From 1989 to 1992 he was Vice-Chairman and from 1992 until 1995 he was Executive Committee Chairman. During this time he introduced some major changes to IFEAT, including establishing a new committee structure. 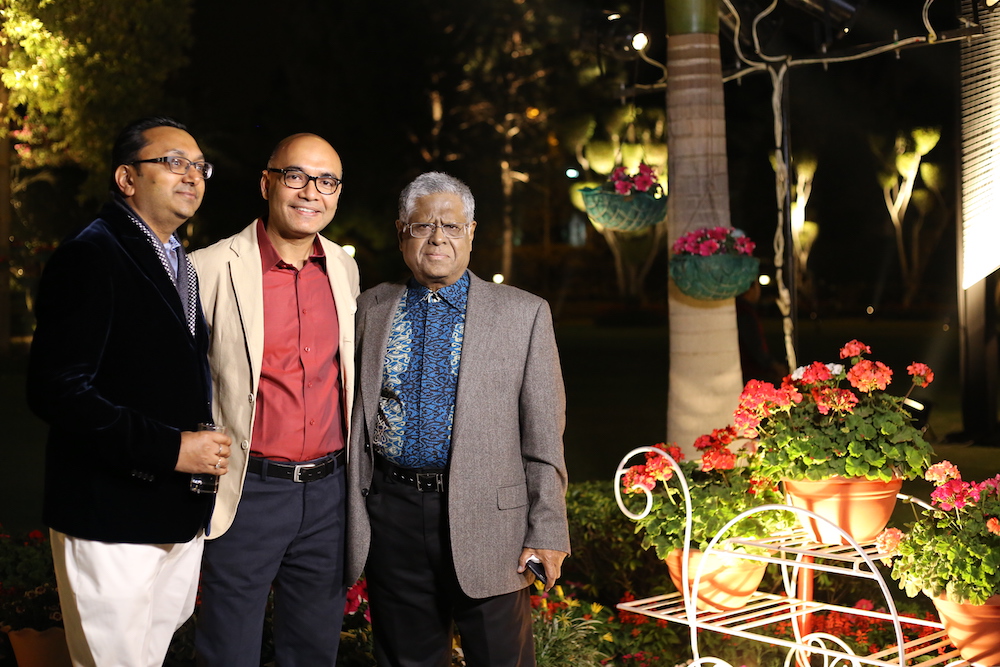 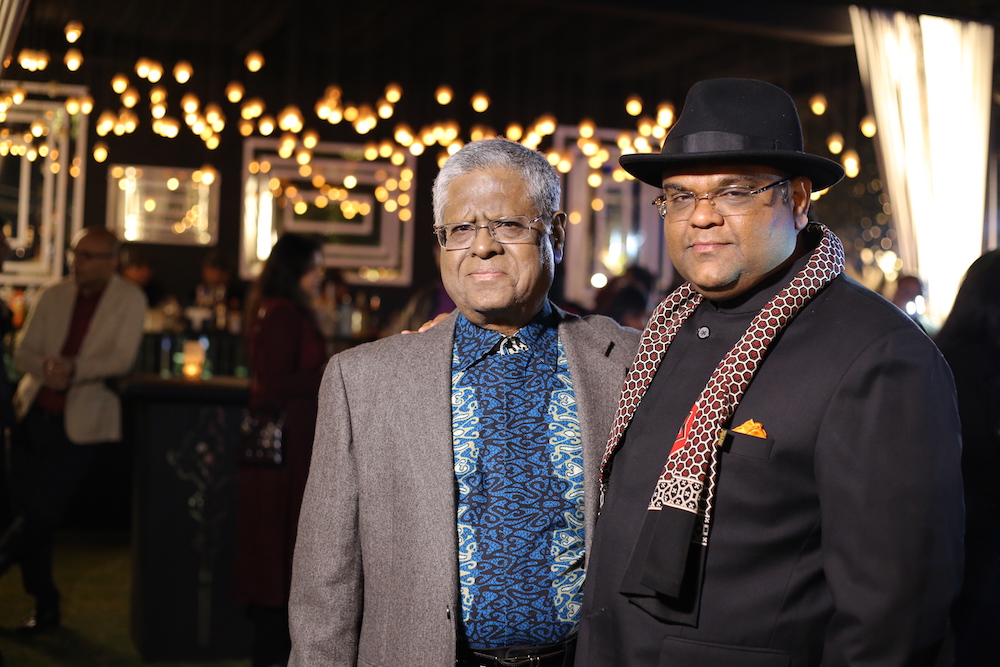 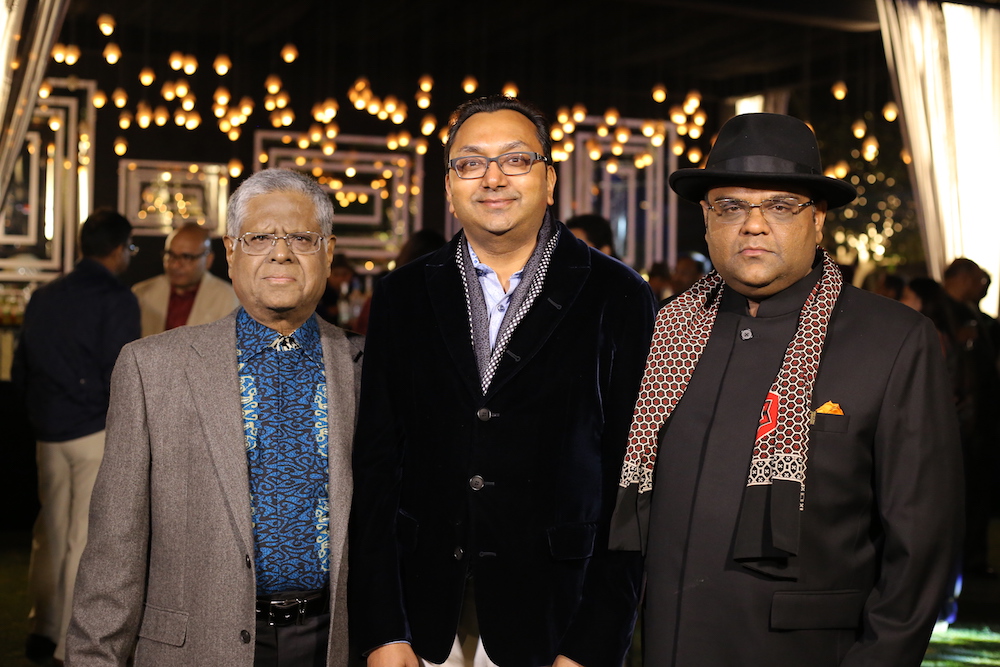 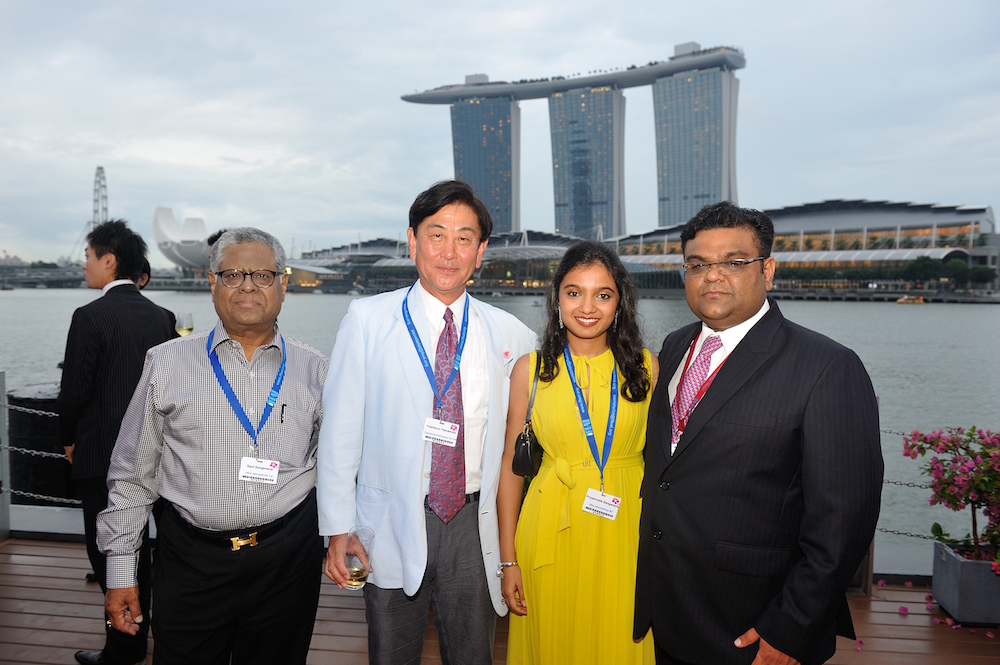 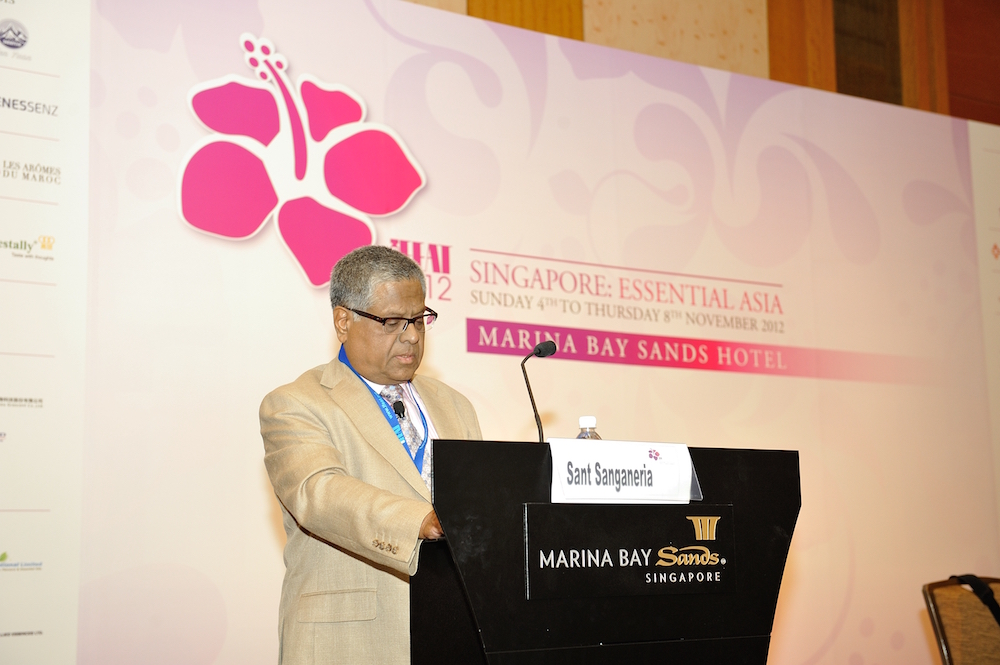 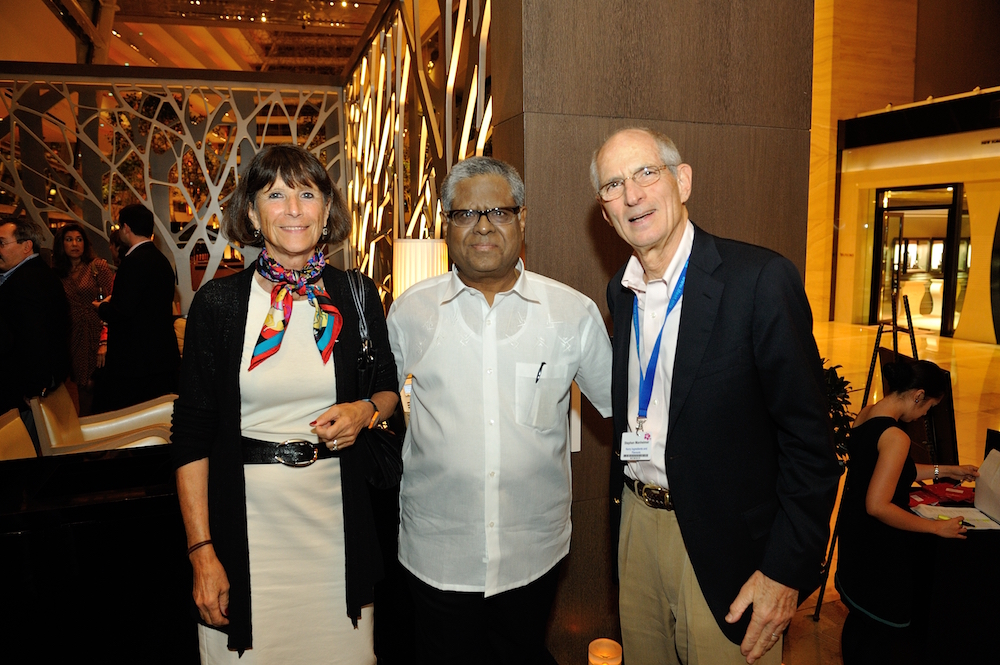 In 1979, his close links with international organisations, such as IFRA and IOFI, enabled him to organise IFEAT’s very successful New Delhi International Conference on Essential Oils, Flavours and Fragrances (ICEOFF), which was attended by some 1,200 delegates. In addition, he has made presentations at several IFEAT Conferences.

Mr. Sanganeria was born in Calcutta in 1944 and attended the Hindi High School and then graduated from St. Xavier’s College, Calcutta. He came to New Delhi in 1970 with the sole vision of establishing an organisation founded on values, inspired in part by the humanitarian and charitable works of his late father, who was also involved in importing perfumery compounds. Mr. Sanganeria’s childhood was spent watching his parents Mr. Prahalad Roy Sanganeria and Mrs. Radha Devi Sanganeria welcoming family members of various European and US F&F companies. These included W.J. Bush & Co. (UK), Polak’s Frutal Works (Holland); Naarden (Holland), Schimmel & Co. (USA, Chuit & Naef (Switzerland) and American Roland (USA). This laid the foundation for Mr. Sanganeria’s wide international connections and the birth of Ultra International. 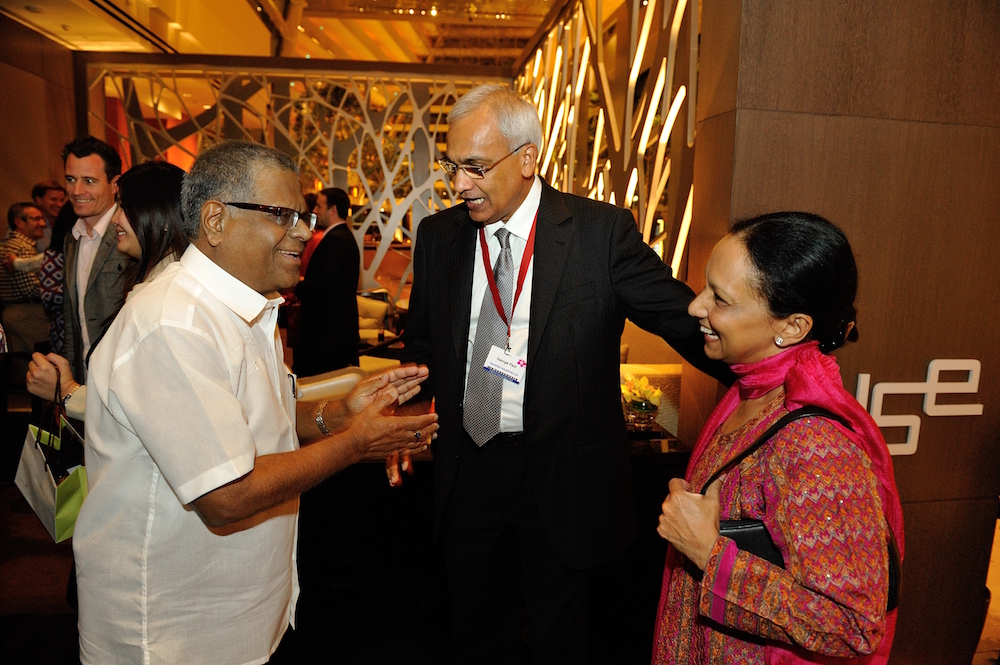 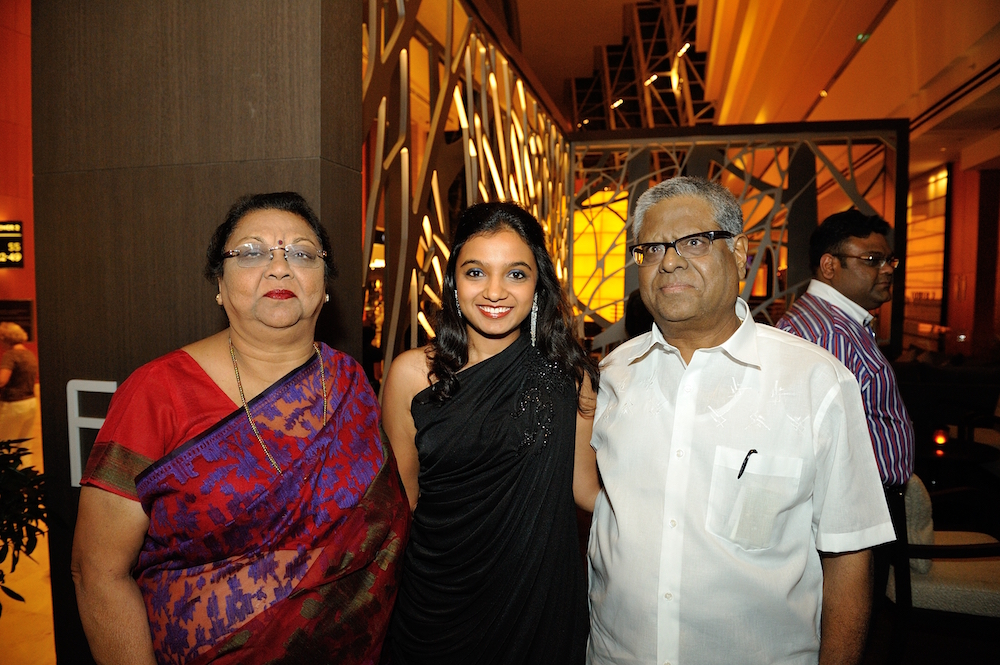 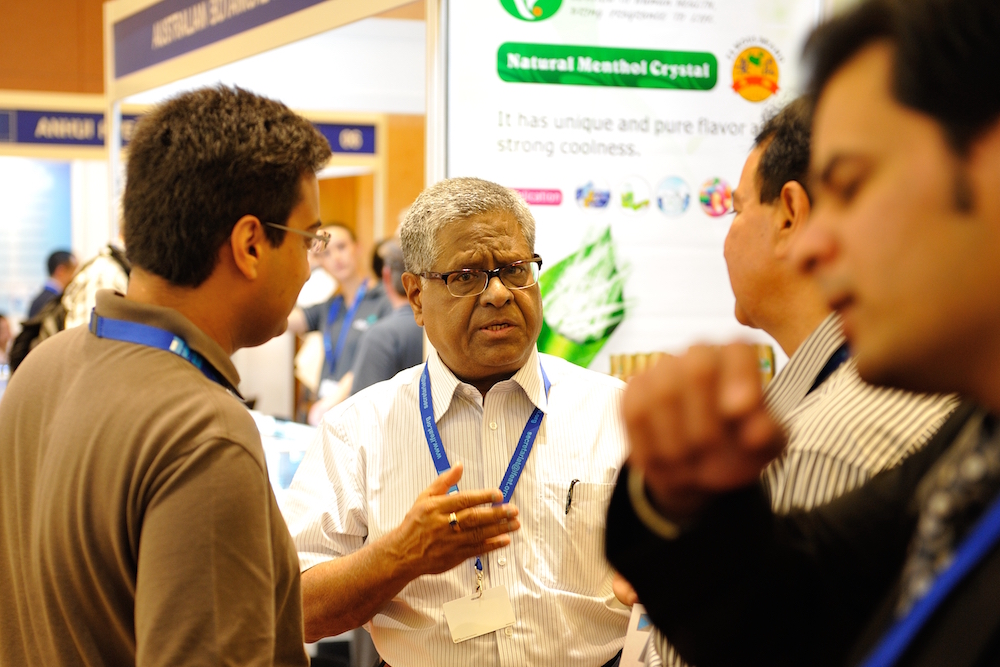 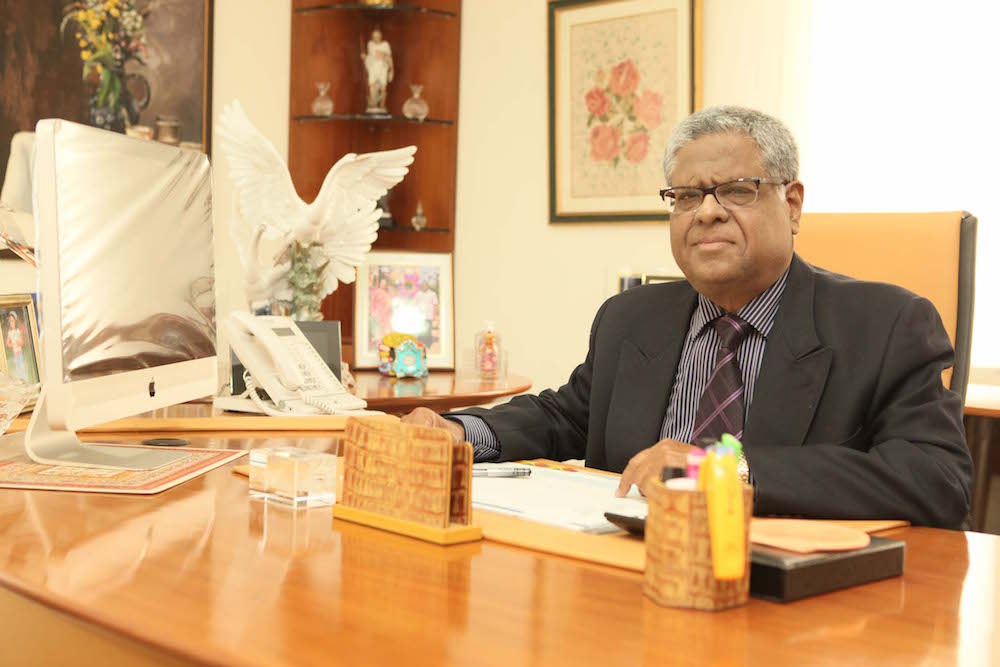 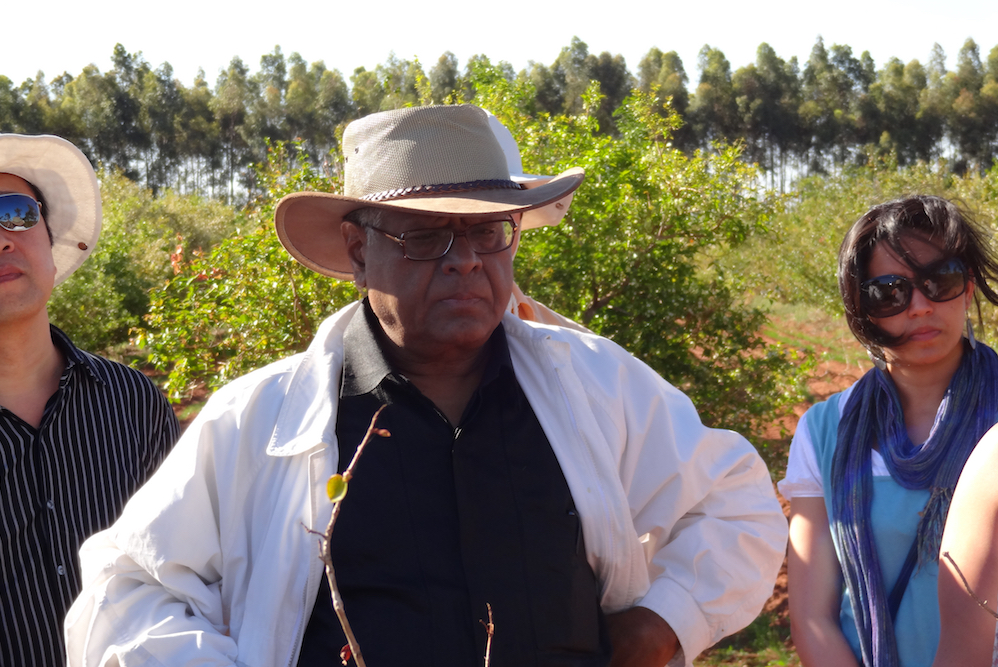 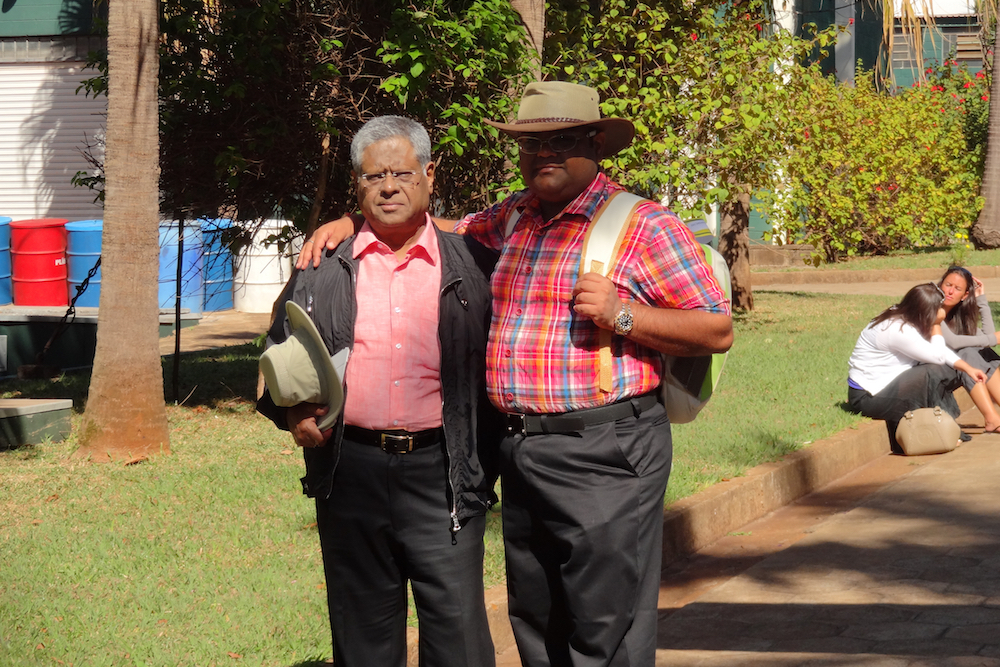 In 1971 he established Radha Sales Corporation, a leading trading house importing aroma chemicals and essential oils with Tata Exports Ltd. He began to travel widely, forging links with important international F&F houses to greatly increase the number of materials and supply. This international trading network became a powerful force in the industry demanding more substantial administrative and manufacturing facilities. In 1989 a corporate house – Ultra International Limited – was established at Sahibabad to manufacture essential oils and aroma chemicals, which is today, one of the leading manufacturers of F&F in India, serving customers worldwide. In 2007 along with his son Ravi, he established Ultra International B.V., Netherlands to distribute these products worldwide and it is now a leading global supplier of essential oils. The third generation is now expanding the business internationally in the footsteps of his father and grandfather.

Alongside his business activities, Mr. Sanganeria has been closely involved in charitable activities. The Sanganeria family house in Calcutta was donated to the recently beatified Mother Teresa of Calcutta and became one of her orphanages. Meanwhile, the Sanganeria Foundation for Health and Education, which works with some of the most vulnerable communities in India, has donated millions of dollars to various projects, particularly aimed at helping communities, children and women’s empowerment.

On receiving the award, Mr Sanganeria shared some thoughts, gratitude and best wishes for many friends and colleagues past and present with this acceptance speech, delivered by his son Ravi.

My Dear Friends – Ladies & Gentlemen Greetings from India
Due to my wife Asha’s recent illness I am unable to be present with you in Dubai to receive this award.
I am very honoured and pleased to receive the IFEAT Founder’s award, particularly in view of the previous recipients, many of whom have been pioneers of the F&F ingredients industry.
If I may say so, IFEAT is a very unique organisation. We are the keepers of the flame, preserving the industry’s history, active in shaping the future and providing the foresight to meet the challenges of the coming decade.
The Spanish philosopher, George Santayana, once wrote: “Those who cannot remember the past are condoned to repeat it”. His words were obviously meant as a warning – but the future may well depend on those who study, comprehend and utilise the history.
The experiences and memories of the people who inspired me from the past and present are a real treasure on my life’s journey.  I have very fond memories of my father and mother’s interactions with the families of F&F companies with whom they had business relations.
The IFEAT journey from 1977 until now has been pleasant, knowledgeable, fun and earned me great respect, love and affection. The quality time, experiences and friendships shared with my dear friends are cherished by my wife and I. To name a few: Millie & Ron Neal, Joanne & Richard Pisano Sr., Murray Pearce, Yani & Dieter Protzen, Dr. W.S. Brud, Takio Yamada, Winnie Young, Maureen & Robert Leggett, Vittorio Misitano, Rolf Wursten, Dr. Giovanelli, Steve Manheimer, Mike Boudjouk, Jose Adrian, Dr. Gerberding, Peter Van Berge, Dr. Grundschober, Mimo Capua, H.D. D’Silva, and Dr. Devpriya Nugawala.
IFEAT is a great organisation, where friendship and business go hand in hand. Over the past 4 decades I have seen family businesses grow from one generation to next. I am happy to see the IFEAT continue to grow to such large numbers.
Working in the “IFEAT family” has made my work both enjoyable and put me into contact with a wide range of people from many countries. IFEAT is part of any industry unlike any other I have known. While there may be intense competition – the members are invariably supportive of each other and working for the greater good.
Congratulations to the Executive Committee for the continued success of IFEAT and I hope to see more and more younger members joining our IFEAT family soon.
Thank You.
Sant Sanganeria
Click below to open our photo album of memories from Sant himself.